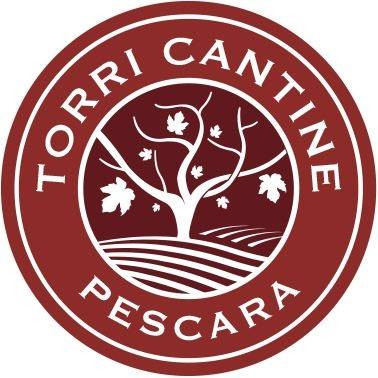 Sensory notes Colour: A vivid ruby red with faint purplish tones, almost impenetrable and with excellent consistency Nose: An intense bouquet from which pleasant, almost pulpy, aromas of red fruit emanate, with evidence of cherries, blueberries, blackberries, sour cherries, even petals of wilted violets and violets. Taste: In the glass, it seduces you with its composure: the dryness and moderate warmth are lulled by an enveloping softness supporting, without any competition, a beautiful acidity and tannins that are present and silky. Decidedly full-bodied and on the sip, the olfactory scents are confirmed, which with tenacity and persistence give us that long and delicately savoury finish, bringing to mind the little trees of the vines that look out over the sea. Harvest In the province of Chieti, known in Abruzzo for its many successes in the wine-growing field, two grape varieties that are anything but indigenous, such as Primitivo and Malvasia nero, have been able to amaze us by giving life to a blend with very distinctive features. An outstanding terroir, a strictly manual harvest and certified organic farming complete the work, ensuring the utmost respect for the environment and its biodiversity. Vinification Separate vinification of the two grape varieties in thermo-conditioned steel vats, followed by malolactic fermentation, then maturation for at least 7 months in containers of the same material. Before bottling, the wine is treated through the propagation of specific musical notes, just as suggested by the FREMAN method, and thanks to ultraviolet spectrophotometers, it was found that these particular frequencies generate vibrations that benefit the same evolutionary process. It was thus found that the vibrations generated by the emitted sounds were capable of making changes to the molecules of the wine at rest - so-called restructuring catalysis - leading to a development of the organoleptic characteristics as well as increased resistance to ageing. Following this, the wine will be bottled in the total absence of oxygen. How to pair our organic red wine - Primitivo and Malvasia nera - RICCARDO I To be served at 16-18 degrees and possibly in a large, wide-rimmed goblet, always uncorking it a little before serving to allow it to express itself at its best. Perfect for any "red wine" occasion, it can be enjoyed alone or in company, better if paired with structured and tasty dishes that can hold their own: aperitifs, hors d'oeuvres, vegetarian dishes, red meats and medium to mature cheeses. Imagine crespelle with ricotta, pasta and beans with pork rinds, fillet in a crust, gnocchetti gratin with pumpkin cream, lamb chops or a semi-matured pecorino from Pienza.